Brazil international Gabriel Jesus scored his first Arsenal goals as he helped his new team maintain their perfect start to the new season with a 4-2 win over visitors Leicester City. Jesus was the star of the show as he scored twice in the first half on the way to an impressive victory. 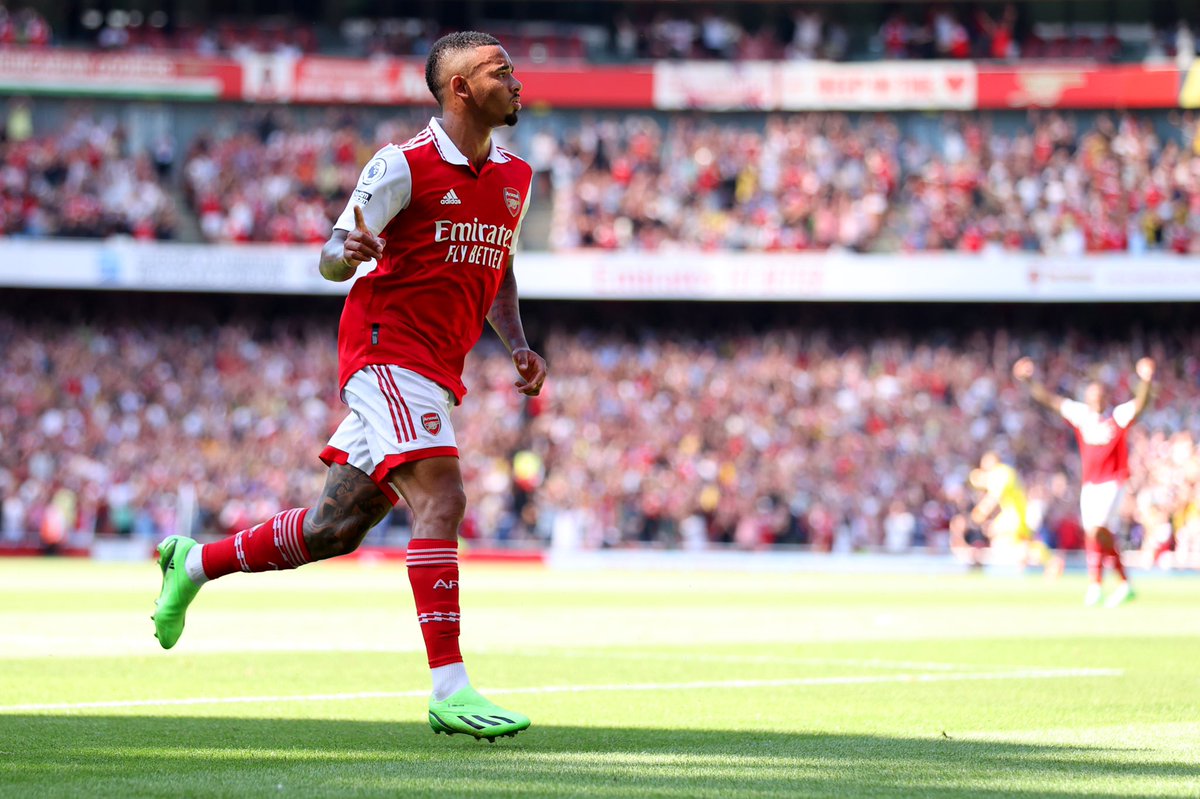 Arsenal made a big transfer coup with the signing of Jesus who joined them from reigning Premier League champions Manchester City. The Gunners agreed a £45m deal to secure the transfer of the Brazilian striker.

Gabriel Jesus impressed in his first Arsenal game against London rivals Crystal Palace on the opening weekend of the new Premier League campaign, but he didn’t get on the scoresheet though Arsenal won 2-0 thanks to a a goal in each half. Young Brazilian attacker Gabriel Martinelli scored the first Gunners goal in the first half before BukayoSaka forced compatriotMarc Guehi into an own goal late in the game to seal the win for Arsenal.

Jesus didn’t find the back of the net against Palace, but he made up for it with a brace in the first half of the Leicester City game. He scored twice in the first half to give Arsenal a two-nil lead at the half-time interval. Young French defender WiliiamSaliba scored an own goal to halve the deficit on behalf of Leicester City, but the one-goal deficit lasted for almost two minutes before the Gunners made it a two-goal deficit thanks to the strike from GranitXhaka off the assist from the sensational Jesus. James Maddison scored for Leicester City to pull them back to within one goal of Arsenal, but Martinelli made sure of the points with the final goal of the game.

With the win over Leicester City, Arsenal are presently in second place and away from leaders Manchester City by goal difference.