Arsenal have been busy in the transfer market since reports made the rounds that their top interest in centre forward role, Jamie Vardy, snubbed the club’s offer to pen a new four-year deal with the current English Premier League Champions, Leicester City. 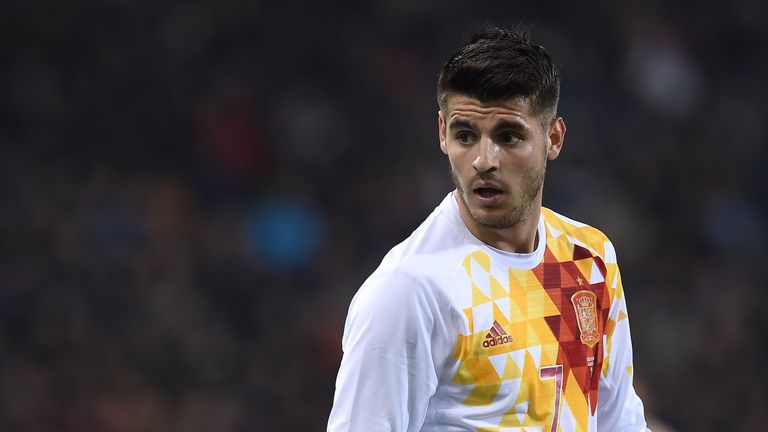 The club is believed to have intensified the chase for Mario Gotze and Alvaro Morata. Morata’s agent has even confirmed that lots of top English Premier League sides have made offers for the player.

Spanish news outlet AS reported that Morata’s agent, Juanma Lopez, made the revelations. Real Madrid activated their buy-back clause from Juventus at a reduced price but are believed would sell to the highest bidder for more profits this summer. They certainly seem to know how to pick winning bets, and stand to make a nice profit on the buy-back and sell-on.

Lopez was reported to have said: “He still has offers from top clubs in the Premier League. We’ll see, we have to talk to Zidane. But for the moment Morata is happy. Whether he’ll stay or not, you have to ask Real Madrid. But as things stand he’s a Madrid player from 1 July.”

Arsenal want the player to partner with Frenchman Olivier Giroud as they make a renewed bid for EPL glory. The club remains linked with a move for Higuain, though Napoli say he is off the market. Brazilian Reports also claim the Gunners want Douglas Santos who is currently with Atletico Mineiro.

The 22-year old, who made his debut for Brazil this year, is believed to have lots of clubs admiring him but Arsenal have made contact with his club. Valencia are also reported to have reached out to Atletico Mineiro over the availability of the player who is believed to be available for around £7.7million.

Following the reports that Mourinho wants to snap up Aaron Ramsey if his interest in Mkhitaryan fails, there are reports that Arsenal have said the player is off the market. Arsenal also offered Hector Bellerin a new deal that will keep him at the Emirates for much longer, following lots of interest in the player. According to Sport, the Spanish defender has the admiration of Barcelona and Manchester City but Arsenal have quickly begun the initial talks for a new deal.
Tags: Arsenal, Gotze, Morata, Transfers, Vardy